Bidil Abdulahi has experienced joy and heartbreak in his attempt to send his children to school.

Every day, Bidil Abdulahi would farewell his oldest son, sent off on a one hour walk to the nearest school. “It was a long walk for a child,” he says, “but I didn’t want my child to be as illiterate as I am.”

The decision paid off, with his son Yunus now in college.

Bidil’s daughter was not as fortunate.

“My daughter Seudi dropped out of school due to sexual violence on her way to school. She got married at such an early age. She is now a mother of a child. That’s not what I wish for my children. I want my children to grow up well-educated and become teachers or doctors.”

In 2013, Canadian and USA non-profit imagine1day started working in Bidil’s village, located in the pastoralist district of Dello Mena, Ethiopia. 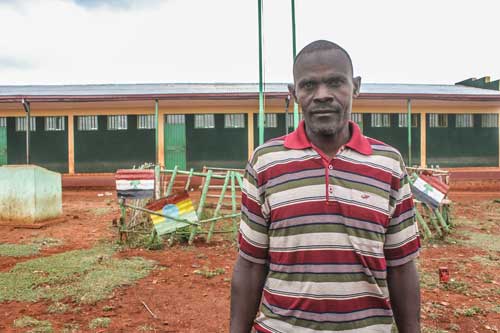 With its model that focuses heavily on investing in people, imagine1day provided leadership and capacity training for community figures and Parent-Teacher Association members, including Bidil. Imagine1day provided them the skills and tools to be effective local leaders and mobilize the community in support of education and their local school.

Two years later, imagine1day followed up with a brand new school in the village, providing the community’s children the quality learning environment they needed.

It may have all come too late for his daughter, but Bidil was determined other children wouldn’t experience the same fate and now with the support of imagine1day, he’s on a mission to ensure all the children in his Ethiopian village get a chance to learn.

“As a Parent-Teacher Association member, I actively work with my community to make sure that all children go to school and stay 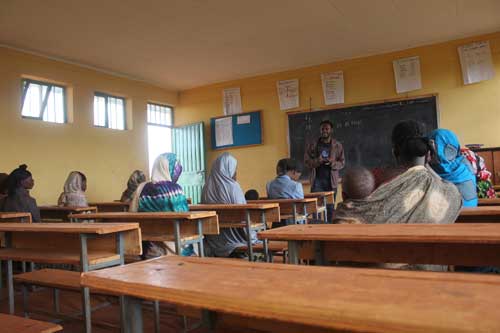 An inside look at the new school in Bidil’s village

“When children drop out of school, we go home-to-home and talk to parents to make sure that the children return to school. Last year, for example, as a result of our follow-up, 19 of the school dropouts returned to school within a short period of time.”

Following the training from imagine1day, Bidil and his compatriots delivered: The school now boasts a 100 percent net enrolment rate, up from just 31 percent three years ago. An extra 202 children are enrolled, and 86 percent attend every day up from 29 percent.

At imagine1day, we know it’s not just the books and bricks we supply that make a difference. It’s also the actions of the inspiring people like Bidil that we work with. That’s why we’ve trained 6,083 community leaders and PTA members across 487 school in Ethiopia, to deliver a grassroots movement for education.

Hats off to you, Bidil.

Alastair Stewart is the Communications Manager at imagine1day.