You've got to hand it to Bill Gates. The eurozone might be going up in smoke, financial markets are teetering on the brink, and international trade tensions are mounting, but the philanthropist gets prime time at the G20 summit in Cannes to present a report on global poverty. Pity about some of the content.

Education in the world's poorest countries does not figure high on Bill Gates's list of development priorities. The report to the G20 has just one throwaway sentence on education: "Evidence suggests that social enterprises such as private health clinics and schools have the potential to pay back the original capital invested - and sometimes provide market rates of return."

On a conservative estimate, around 67 million children of primary school age are out of school, along with 70 million adolescents. Millions more drop out before completing a basic education. And this is just the tip of an iceberg. Some 200 million children are getting an education of such abysmal quality that they are likely to emerge from school unable to read or write, let alone develop what educationalists like to call 21st century learning skills.

As a philanthropist who cares about health and food production, and knows a bit about markets and economic growth, Gates should know better than to ignore education.

Educating young people - especially young girls - is one of the surest paths to lower fertility and child death rates. On one estimate (pdf), ensuring that all of sub-Saharan Africa's women have some secondary education would result in 1.8 million fewer deaths. Educated mothers are more likely to use the anti-retroviral drugs that can prevent mother-to-child transmission of Aids - drugs that the Gates Foundation finances through the Global Fund for HIV/AIDS, Malaria and Tuberculosis.

Improved learning outcomes are associated with higher agricultural productivity (another Gates priority) and more dynamic economic growth. Universal primary education allied to improved learning outcomes in the poorest countries has the potential to deliver a 2% per capita growth premium, with attendant benefits for self-reliance and poverty reduction.

In a nutshell, the twin crises of access to education and learning in school are a formidable barrier to global poverty reduction efforts. They are undermining the progress of nations and squandering human potential on a vast scale.

To be fair to Bill Gates, he is not alone in neglecting education. Overall, US foundations direct less than 7% of development grants to education and corporate philanthropists in the US allocate less than 4% of their grants to basic education, compared wth more than 90% for health. To make matters worse, these philanthropic efforts are fragmented, inefficient and tenuously linked to international development efforts.

The new "big idea" in Gates's offering to the G20 is that schools should be thought of as "social enterprises". The private sector, so the argument runs, offers not just cheaper and better education, but a healthy profit for investors to boot. This replays a theme that Gates and "a billionaire boys' club" of Wall Street investors, philanthropists and education entrepreneurs brought to education debates in the US with debatable results.

There are two stand-out features associated with this. The first is a cavalier approach to evidence. Privatisation is not a hands-down winner in the research examining the quality of state schools versus private schools in developing countries. Secondly, like other philanthropists, Gates has tended to demonise "failing schools and teachers" while attaching limited attention to the more pervasive causes of educational under-achievement - child poverty, housing, parental education and rising inequality.

Whatever the merits of Gates's take on America's schools, applying his market-based strategy in the poorest countries is a prescription for social inequality. Education systems in these countries suffer from chronic under-financing and poor quality teaching. But if the system is broken the challenge is to fix the system, not to use it as a pretext for indulging in "market-based" education experiments that undermine the ability for good public policy to succeed. That is why more progressive philanthropic foundations - such as the Ratan Tata Trust and the ICICI Foundation for Inclusive Growth - are working to improve state schools, rather than to create a parallel private school system.

Education desperately needs high-level advocates. Perhaps more than any other development issue. it has been sidelined as a result of weak international leadership in UN agencies, donor indifference, and limited interest on the part of NGOs. It has dropped off the agendas of the G8 and the G20. And aid levels have stagnated at $3bn - less than one quarter of the level needed to plug the financing gap for achieving universal basic education.

There's a limit to what one philanthropist can cover in one paper for a G20 meeting. But Gates could have made the case for investing in education as a catalyst for reaching the wider international development goals, for unlocking opportunity, and for tackling one of the most powerful sources of inequality between and within countries. Instead, he said too little - and too much of the wrong thing.

At risk of over-generosity, we award him a C- on education, with the hope that he will come back next year and do better. 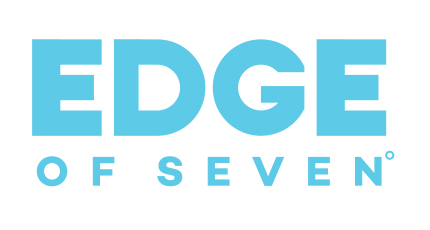