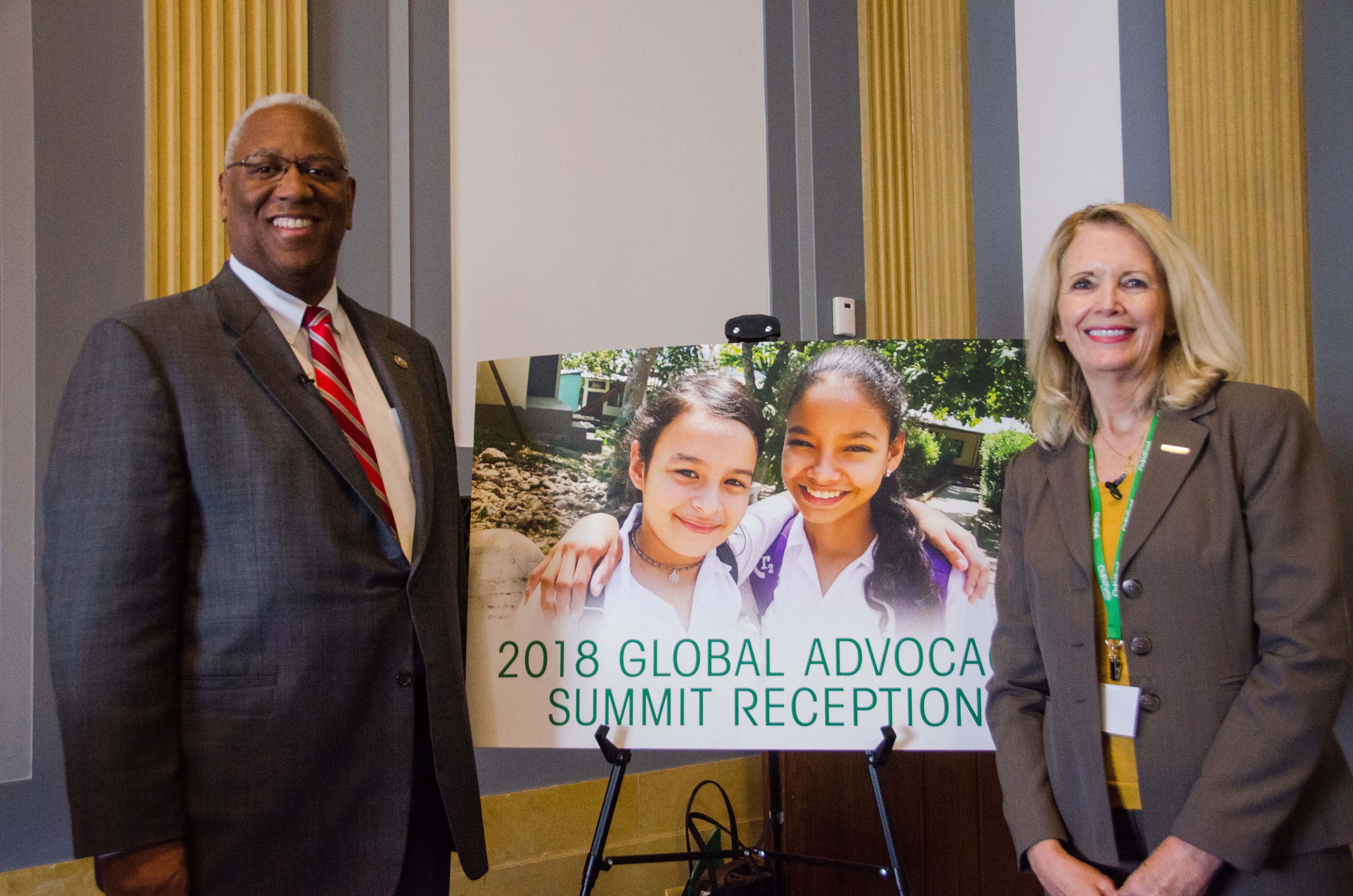 Last week was a good one for advocacy on behalf of children. As GCE-US encouraged people and policymakers to take action in support of global education, ChildFund International also used the week of April 22 to activate child protection advocacy experts from six country offices and U.S. staff to press the issue of protecting children from violence in schools, homes, and communities.

ChildFund’s 2018 Global Advocacy Summit provided a backdrop for global staff to meet in Washington and share best practices and learnings around local programs. The group also honed in on priority issues regarding child protection and the advocacy work they use to affect awareness and policy change with local and regional policymakers.

ChildFund senior staff from India, Honduras, Mexico, the Philippines, Sri Lanka and Uganda came to Washington for a jam-packed Summit on strategies, stories and knowledge sharing. Child Protection Advocacy and Communications experts and country directors not only learned from one another, but also through exercises conducted by policy advocacy experts.

The summit culminated on Capitol Hill Wednesday, April 25, when ChildFund representatives met with staff of 32 members of Congress to make three critical asks regarding child protection:

U.S. foreign assistance supports ChildFund’s programs to reduce school-based violence in Honduras, reduce child marriage in the Philippines and develop a comprehensive strategy to end violence against children in Uganda, among others.

The meetings provided an opportunity to emphasize the humanitarian needs of children abroad and how U.S. government support impacts both child and economic development at home and abroad. Meetings with Congressional staff members were productive and informative for people sitting at both sides of the table. Several members expressed interest in leading on the resolution to end violence against children.

“The summit has given us the best experience,” said Neelam Makhijani, Country Director of ChildFund India. “The arrangements, logistics and conversations were all very purposeful and relevant. Let’s keep it up!”

Later that day, a reception at the Russell Senate Office Building featured ChildFund International President and CEO Anne Lynam Goddard, who offered her gratitude for the energy throughout the week. Keynote remarks from ChildFund Honduras Country Director Leslie Gamero highlighted the need to help children who endure severe physical and psychological violence and the programs that have helped curb the impact of violence both at home and schools.

Gamero shared insights around a school-based violence prevention program implemented in Honduras, which is one of the most violent in the world. There, ChildFund is reducing violence in homes and schools through its PUENTES project, a joint venture with USAID and the Honduran Ministry of Education that teaches parents and school officials healthier ways of interacting with children, with the rationale that changing adults’ behavior changes children’s behavior. 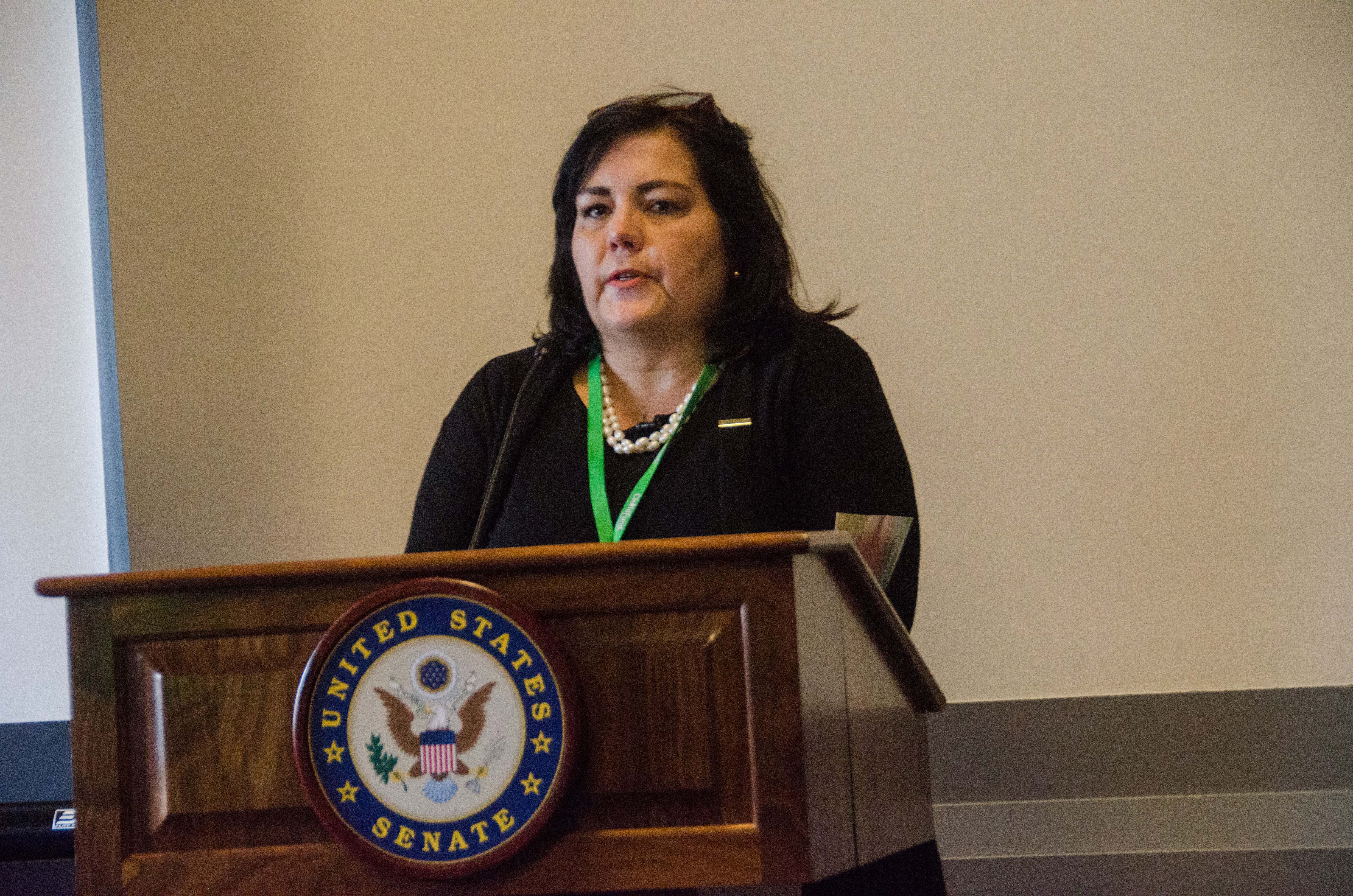 “The PUENTES project focuses on children at a critical developmental time in their lives, between the ages of 9 and 11, as they are just beginning to engage socially in a new way,” said Gamero. “Thanks to this program, children, parents and teachers reported feeling safer at home and school, and violent incidents in schools fell by 56 percent in eighteen months.”

A video of 9-year-old Jeimi, who lives in a small Honduran village, shared her personal accounts of friends and family members who have been victims of violence at young ages. Jeimi’s story was also featured on a postcard campaign used for ChildFund’s U.S. advocacy outreach efforts in Texas, Mississippi, D.C. and Richmond, Va., where ChildFund has been headquartered for 80 years. 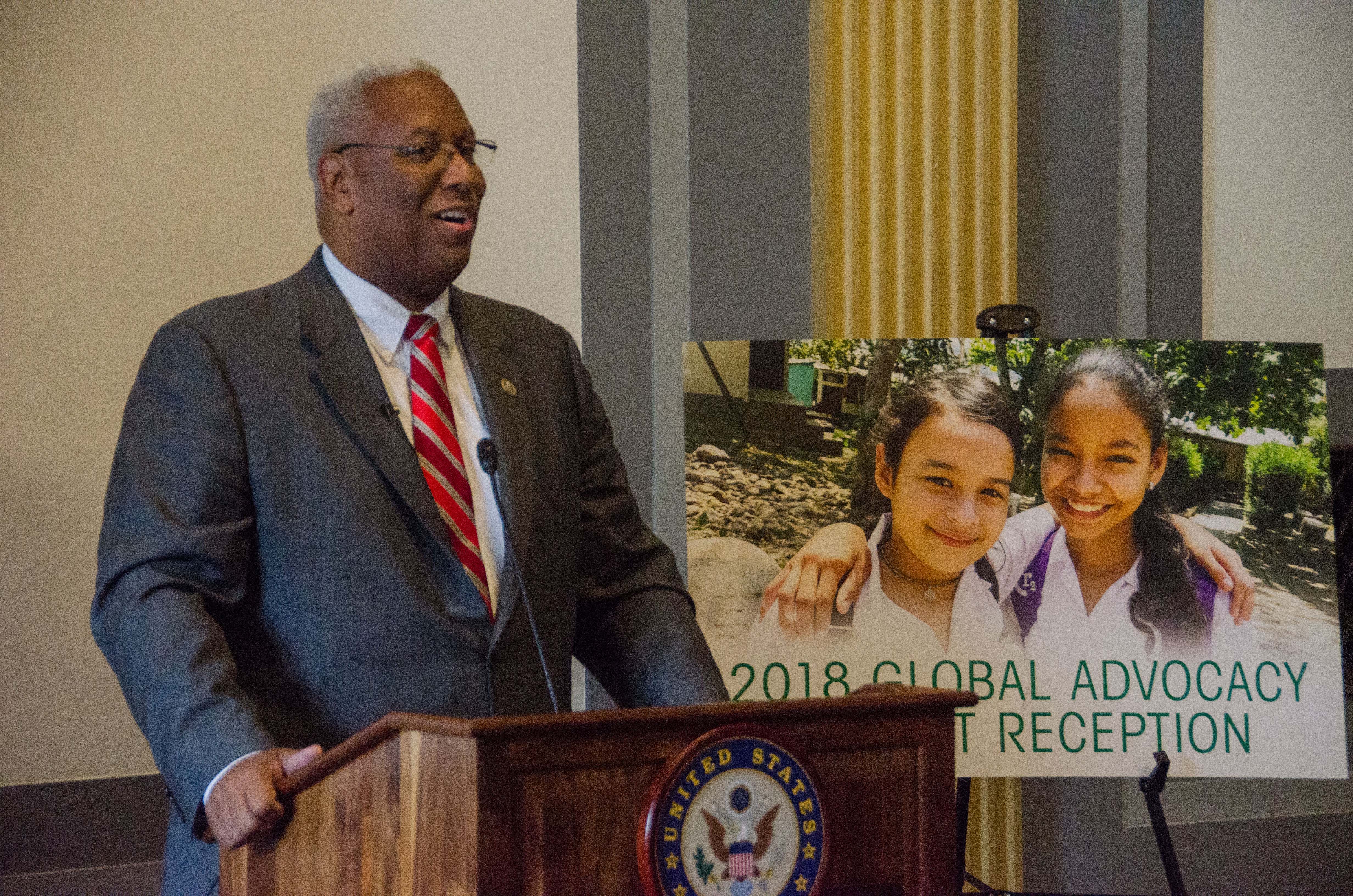 Congressman A. Donald McEachin of Richmond, closed the reception, during which he announced his early support for the resolution to end violence against children. He also thanked ChildFund for getting people involved in the fight to protect children. During remarks, he held the postcards written by his constituents asking for his support of the resolution and noted how valuable citizen interest and activism is to creating policy in Washington. ChildFund spearheaded the letter-writing campaign to generate interest in and support of the resolution in advance of the Summit.

Other activities that raised awareness about the plight of child protection last week included an opinion article that highlighted ChildFund’s emphasis on listening to children in order to create better environments for them to thrive. ChildFund also created and shared a social media toolkit for Summit participants to use as inspiration and reference. The toolkit included hashtags, images and quick access to the handles of Members with whom they were meeting. Social media posts from supporters like GCE-US, and ChildFund staff excited to be part of the Summit also elevated our voice during what was a productive and energizing week.

Amber Stone is a Policy and Advocacy Advisor at ChildFund International based in Washington DC. She has nearly a decade of experience in child protection and education research, project development and implementation, public policy and advocacy, and fundraising within NGOs, government, and academia. She has worked on strengthening civil society policy advocacy capacity globally; school-based violence prevention in the Americas; girls’ education in East and Southern Africa; trauma-focused research, child welfare system strengthening, community outreach, and citizen and youth advocacy in the US. Amber is passionate about empowering youth and advancing evidence-based policy and practices that improve well-being for children, families, and communities around the world. She holds a Master’s of Public Policy and Administration from Northwestern University. 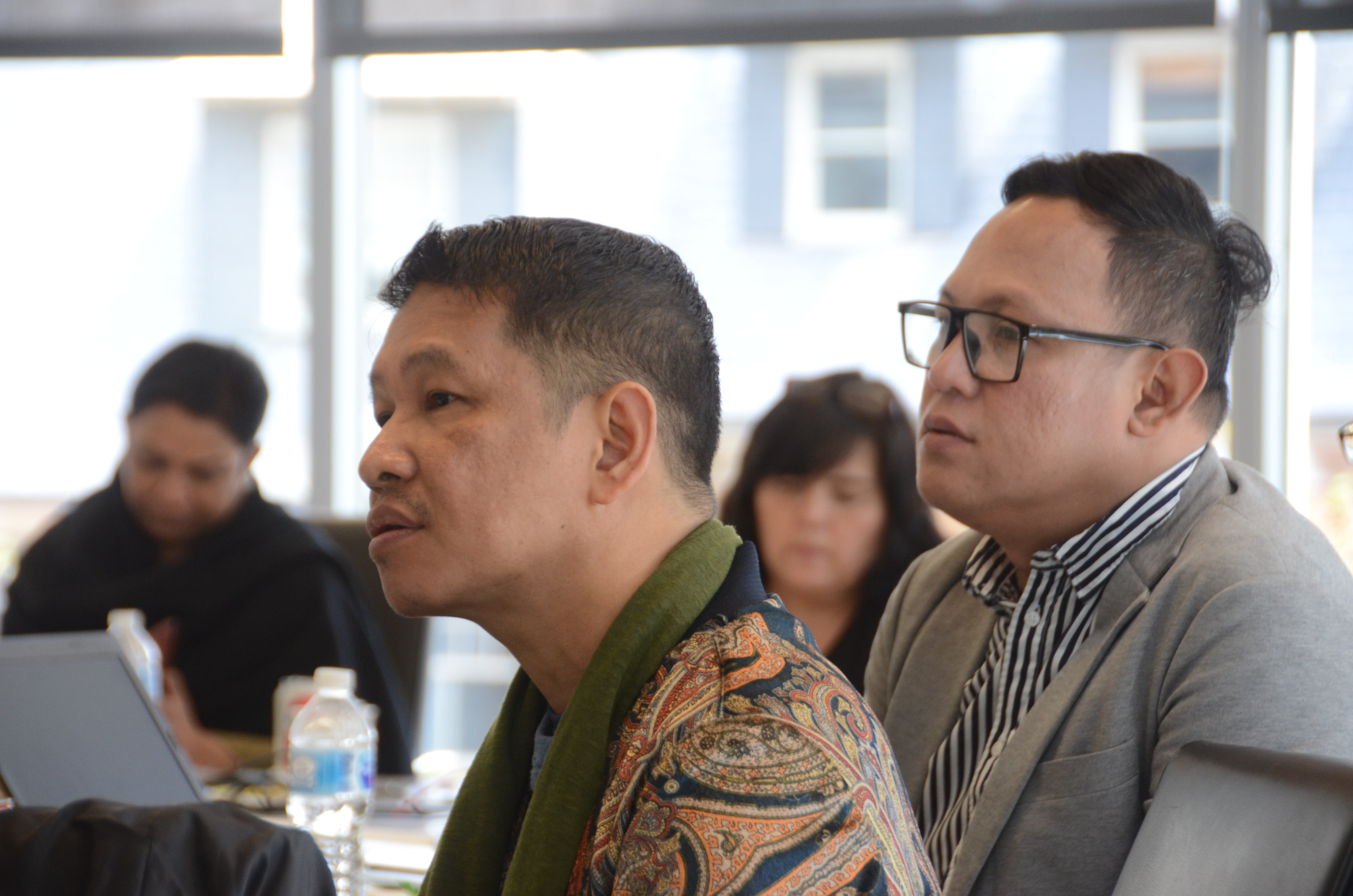 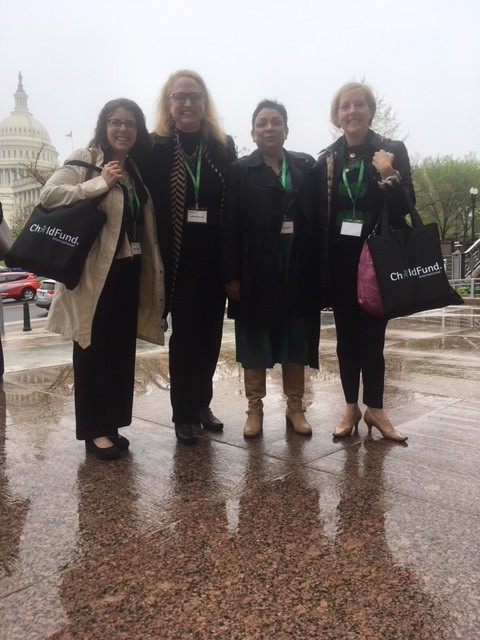 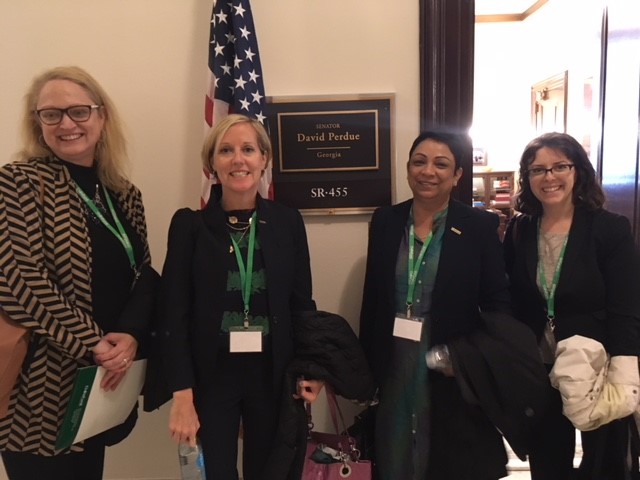 Childhood Education International, a nonprofit membership association, is a global community of educators and advocates who disseminate information about and advocate for desirable conditions, programs, and practices affecting children, infancy through early adolescence.
Learn More »