On a sunny Monday morning two weeks ago, children in Arusha were rushing along red-clay roads to get to their schools on time. Dressed in red tunics and white and black striped socks, they would stop and wave at me, a visitor also walking along the dusty road.

When the world community meets Monday in New York at a UN summit to assess progress toward achieving the UN Millennium Development Goals, Tanzania's record on providing universal elementary education will be held up as an example of how progress can be achieved against huge odds.

The deadline for achieving the MDGs, the targets adopted at the UN Millennium Summit of 2000 to lift the world's poorest countries out of a crippling cycle of poverty, disease, hunger, and maternal and child deaths, is less than five years away. Progress has been made on a number of fronts, even as aid from the West failed to materialize in anything approaching the amount promised as recently as 2005. By one accounting, only $11 billion of the $25 billion pledged at the Gleneagles Summit in 2005 is expected to be paid.

The most ambitious of the eight goals was to cut by half the number of people living in extreme poverty, defined as less than $1 U.S. a day. The UN estimates that the number of people who suffer chronic hunger this year is 925 million, down from 1.023 billion in 2009. But the improved picture still means that a child dies every six seconds because of undernourishment, the head of the Food and Agriculture Organization said this week.

This week, too, the World Health Organization, UNICEF, the UN Population Fund and the World Bank confirmed an earlier report that the numbers of women dying in pregnancy and childbirth have fallen, quite dramatically. In 2008, 358,000 women died, compared with 546,000 in 1990.

But it is the target of universal primary education that seems to have made the most progress. Looking at Tanzania, however, the question is how real is that progress? In 2002, the East African nation of 42 million abolished school fees at the elementary level. As a result, the proportion of children in primary school jumped from 59 per cent to 95 per cent today.

Half of Tanzania's population is under the age of 18. It needs its youngsters literate and educated. Travelling in and around Arusha, a centre of tourism at the foot of Mount Kilimanjaro and the set-off point for safaris in the Serengeti national park, I could see that despite government regulations making elementary school compulsory, many children do not go to school, especially in rural areas. Along the sides of major roads, small children can be seen tending herds of goats and cattle or carrying cans of water from water holes to their homes, several kilometres away. In town, children whose parents couldn't afford uniforms or schoolbooks wandered the streets. Government officials would have had no difficulty finding the children who don't go to school, but with so few teachers and schools, what would be the point?

In Quebec, the amount of money that our "free" public system now costs the average family has been rising steadily. It is mainly a source of irritation to families here, but in Tanzania this reliance on fees to pay for textbooks, desks and even toilets means that elementary education remains out of the reach of tens of thousands of children.

As Associated Press reported this month, every morning children walk to school, some of them many kilometres, and every morning many are sent home for failing to pay school fees. Fees for elementary schooling run to $25 a year, AP reported, and four times that at the secondary level. Even for children whose families can raise the money for fees, education is hit-and-miss. Student-teacher ratios reach an unmanageable 100 to 1. Tanzania is struggling to produce enough teachers, a task made harder by the lack of esteem in which the profession is held.

More than almost any other tool, education represents the way out of poverty, in desperately poor countries like Tanzania just as in a highly developed society like ours. But without the money pledged by wealthy Western nations, schools in sub-Saharan Africa will continue to struggle. In 2000, Western donors pledged $11 billion toward universal primary education in the poorest countries in sub-Saharan Africa. They have delivered less than a fifth of that amount. 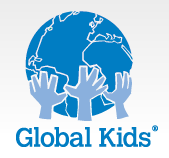