57 million children around the world denied an education despite the world's promise to put every child in school by 2015.

Tens of millions of children drop out of school before learning how to read and write --forced into early marriages, participating in dangerous work just to feed their families, or pushed out because of school fees they can’t afford.  Access to education is one of the best ways to decrease poverty.

Global Citizen is a campaigns and advocacy organization dedicated to ending extreme poverty by 2030.  We’re working closely with GCE, RESULTS, and other partners to ensure that all kids have access to education.

Global Partnership for Education (GPE), the only multilateral partnership devoted to ensuring universal access to education in the world’s poorest countries, provides much needed funding to expand education for the most marginalized children.  GPE is working on a plan to put 29 million children into school over the next 4 years!

GPE will need to raise at least $4 billion to meet this goal.  Leaders from the Global Partnership took the stage at the 2012 and 2013 Global Citizen Festival to commit to fundraising enough to meet the demands of increasing access to education over the next four years. But they cannot accomplish this alone.

We are calling on world leaders to contribute at least $4 billion to the Global Partnership for Education Fund to ensure that all kids have access to school.  Donor governments also need to make education aid a priority in their development programs, and commit funding to support children’s access to the knowledge and skills they need to escape poverty. 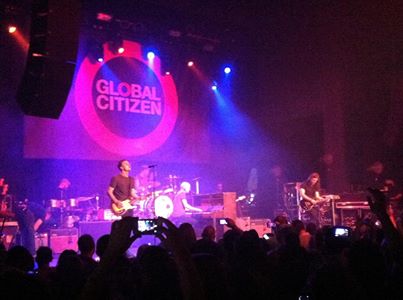 This spring, we launched Global Citizen Nights to draw attention to this massive opportunity.  Global Citizen Nights is a series of free, ticketed concerts that will bring major artists to intimate venues as part of the movement to end extreme poverty by 2030.  Global Citizen Nights kicked off on March 10 at Emo’s East in Austin, TX, with performances by The Fray,  Allen Stone, and Saints of Valory. Concerts in Nashville, TN, Chicago, IL, and St. Louis, MO, are also planned, with artists and venues to be announced.  Supporters can win free tickets to the Global Citizen Nights concerts by taking action to support Global Partnership for Education replenishment.

Join us in supporting the replenishment of Global Partnership for Education. Together, we can fulfill the promise of universal education for all, but only if donor governments stand up and commit the resources to make it happen.

The photograph was taken by Ryan Gall.

Planet Aid’s mission is to inform, mobilize, and inspire individuals and communities to work together to bring about worldwide environmental and social progress.
Learn More »