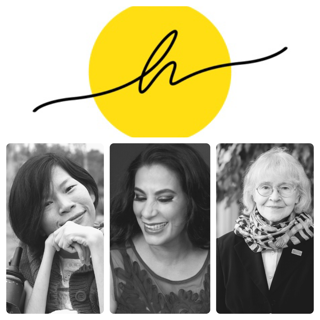 CONGRATULATIONS TO THE 2019 HER ABILITIES AWARD WINNERS!

“Her Abilities was launched by Light for the World to honor women with disabilities who achieved greatness in their life or field of work.”

The winners are chosen in three categories, Health and Education; Arts, Culture and Sports; and Rights. This year’s winners are:

“Receiving this Award is a great motivation for me… I also believe (it) inspires others.”

Nguyen is a businesswoman and activist who is also known as a “changemaker” in Vietnam. She co-founded the non-profit organization “Nghi Luc Song,” (The will to live). The organization has 82 employees, over half of whom have disabilities themselves. Together they have helped over 1,000 people.  Nguyen is also chairwoman of Imagtor, a digital real estate company. Earlier this year she was named one of the most influential Vietnamese women by Forbes Vietnam.

“The work Nguyen Thi Van has done to elevate the position of women with disabilities in Vietnam is wonderful. People with disabilities want the same independence other people enjoy; they want to earn and learn. Through her philanthropic and business activities, Van is achieving just that.” -Yetnebersh Nigussie.

“I was shocked and pleased to have been chosen for this award by a handful of women whose work and character I admire and respect. There are so many groundbreaking and fearless disabled women doing important work globally. It is an honor to be highlighted in such a competitive field.”

Maysood Zayid is an actress, comedian, and disability advocate born in New Jersey to Palestinian immigrant parents. She has been turned down for acting roles throughout her life because of her ability.  Because of that experience, she is dedicated to “transforming views within the entertainment industry about the role of disabled women”.

In 2014, Zayid did a TED Talk called “I have 99 problems... palsy is just one”.  It became one of of the most viewed TED talks of the year with over ten million views. She is also one of the first Muslim - American to perform Arabic standup comedy in Palestine and Jordan, and has  been a guest commentator on news programs such as “Countdown with Keith Olbermann “and CNN’s “New Day”. Zayid is currently putting together a television series titled “Sanctuary” and is the author and narrator of the Hello Sunshine and Find Another Dream.

“I hope this [Award] will inspire and encourage women with disabilities around the world to act for their rights, for better living conditions in the grassroot, national and international levels.”

Dr. Liisa Kauppinen is a Finnish activist who became the first female President of the World Federation of the Deaf in 1995, after serving as the Vice-President and Secretary. She has also served as the Executive Director of the Finnish Association of the Deaf.

“Kauppinen’s human rights work hasn’t focused exclusively on the rights of deaf people, but also on rights of women and women with disabilities… through work advocating for gender equality and opportunities for women with disabilities internationally... through the development of co-operation projects with Deaf Communities in Africa, Central Asia, South East Asia, Latin America, the Balkans and North West Russia. She was also instrumental in securing references to sign languages and identity of deaf people within the Convention of the Rights of Persons with Disabilities...” Yetnebersh Nigussie.

“Dr. Kauppinen so thoroughly deserves this recognition. She is a true disability rights hero! The tireless work she has done to secure human rights for people with disabilities- and especially deaf people- throughout the United Nations, will change the lives not only of this generation, but generations to come.” -Yetnebersh Nigussie.

To learn more about the HER ABILITIES 2019 Winners visit: https://www.her-abilities-award.org

The Unstoppable Foundation is a non-profit organization who brings education and sustainability to people in developing nations.
Learn More »