In the Aftermath of a Tragedy, Hope Survives in These Young Girls

"On the evening of April 25, 2015, a 7.9-magnitude earthquake struck Nepal. It took thousands of lives, destructed homes, depleted essential resources, and stole all senses of safety. This was the worst disaster in Nepal's modern history but we were determined to recover and recover better."

With tears in my eyes and chills running down my spine, I read about the horrific earthquake. Nepal is a small and beautiful country neighboring India, and being a developing nation, I could only imagine how hard hit its people and resources might have been. 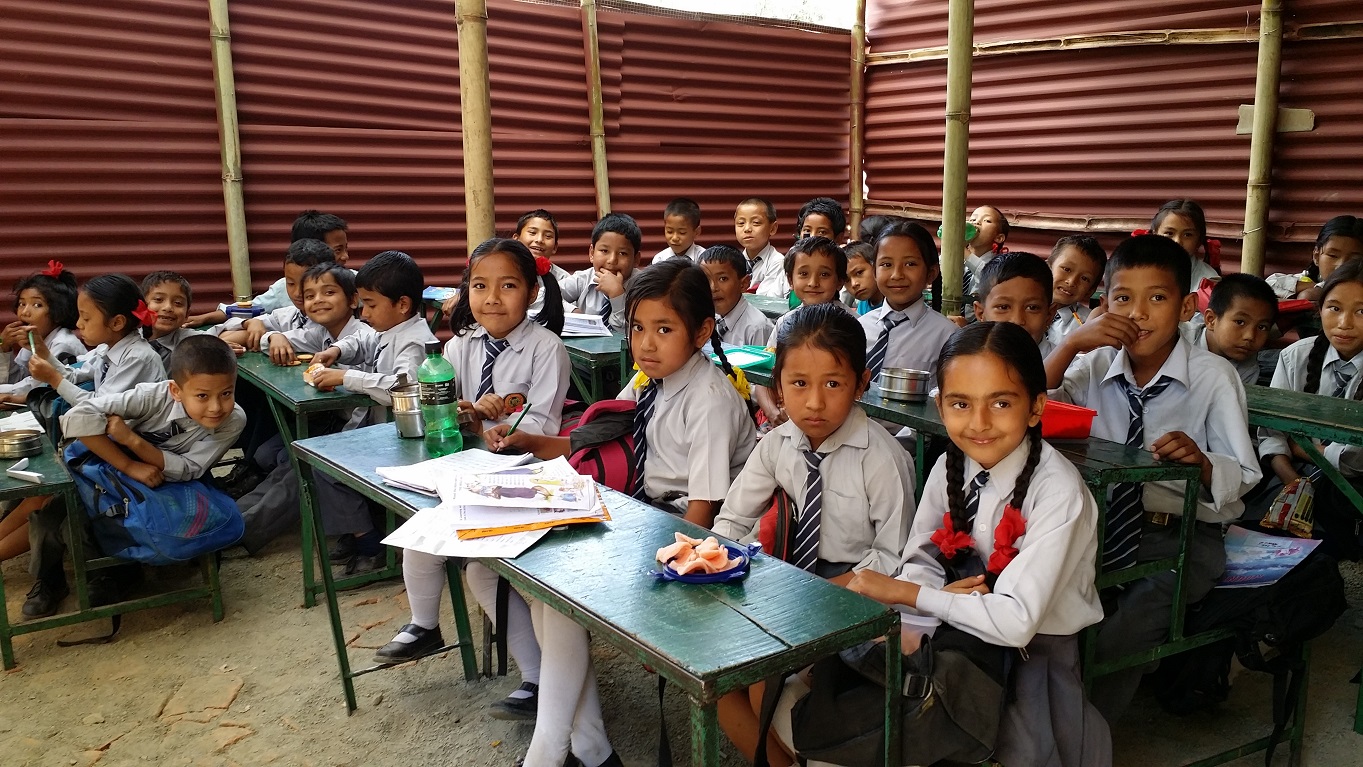 For several days, all I read about was the impossible situation people were dealing with, most of whom were already stretched thin with poverty and lack of economic resources. While donating to a specific cause was obvious, I was desperate to do more. So, I reached out to the Mayor's office in Pittsburgh city, my hometown, to contribute to any city-wide efforts they may have initiated; we have a significant Nepali community that moved here as refugees several years ago. And that is how I connected with Bibhuti Aryal, a soft-spoken Nepali social entrepreneur who moved to the U.S. when he was little, and who, along with his family based in Pittsburgh and Nepal, leads the Rukmini Foundation.

When I first met Bibhuti, I realized within minutes that his passion for educating and mentoring girls in some of the most impoverished parts of Nepal came from something far deeper than just giving back to his home country. Born in Nepal, Bibhuti spent the formative years of his life in a male-dominated society, but he remembers his family being starkly different. Not only did he have strong male role models, he was fortunate to have incredible women like his great grandmother, his mother, and aunts, all of whom instilled strong ethical and moral values and also taught him the importance of a well-rounded upbringing. There is a saying that it takes a village to raise a child; Bibhuti embodies this saying.

When I asked him how these strong women influenced his life, Bibhuti said, "I grew up around these women who were not only hard-working, but also intelligent. My great grandmother had no formal education, but she had an ability to understand and explain things that educated people would be jealous of. My mother was the first girl from her village to go to school, and started school in the 8th grade as a 10 year old, and still somehow managed to graduate from high school and college."

"The women in my family were pioneers, and they inspired me to do more and to learn more. When I left Nepal to come to the US, I was afraid of the transition, but my mother had already done that before and been successful, so I had nothing to fear. I have been very fortunate in my life, but having these strong women has been the greatest influence in my life."

When Bibhuti started the foundation, their goals were modest - focusing on the physical and mental well-being of adolescent girls who were most likely to drop out of school and end up either in the labor force as house-workers, or on the fields, or as child brides.

Today, they have successfully graduated 18 girls from high school, and they hope to send some of these girls to great colleges and universities in Nepal and abroad. Bibhuti believes that as these young girls are exposed to non-traditional fields of work, it will encourage them to be ambitious and change their current biases towards women in the workforce. When asked to share some stories that embody the spirit of Rukmini, his grandmother, here is what he said:

"My mother was the first girl from her village to go to school and eventually had an opportunity to come to the US to study. Now all 4 of her sons have great opportunities because she was brave enough to do what she did. Education as a way to educate future generations is why she embodies the spirit of Rukmini. [Part 1 of a 3 part blog post written by mother about her journey]

One of our first scholars Sarathi, who suffered from hearing problems and had some challenges because of that was not only one of our best students, but thanks to mentoring and positive support, she found the courage to be able to do things like poetry recitation in front of an audience. In Nepal, people with any sort of a disadvantage or "disability" tend to be ostracized, but Sarathi has demonstrated great resilience and self-belief to overcome any challenges to do well in school. This strength is the hallmark of Rukmini. [More about Sarathi]

Finally, another story I love, which exemplifies what we are about is the interview we conducted with our first group of scholars after they graduated a couple of years ago. When we first interviewed them before they started the program to find out what they wanted to be when they grew up, they all gave very similar answers: a nurse, teacher, or doctor. We believe this was because 1) they thought that is what successful women did and 2) they thought that is what we wanted to hear. However, after graduating, we met with a few of the same girls and asked them what they wanted to do now, and their answers were: graphics artist, fashion designer, programmer and website developer. What this demonstrated to us is that they were now using their education and their own minds to determine what they wanted to do in their future. This shows personal development, self-belief, and overall awareness."

The Rukmini Foundation aims at providing similar values and support to girls in Nepal. They have been doing this since before the earthquake, and now their resolve has only strengthened. Bibhuti named the foundation after his great grandmother, who as a child bride, gave birth to two children. Only one child survived, and she became a widow when she was still a teenager. Despite these seemingly impossible odds, she was able to build a life for her surviving son, and instilled in him the importance of education as a means of escaping poverty. Her strength is something Bibhuti wants to instill in the girls his team supports, and he believes that as more girls and young women believe in their ability to change their own lives and that of their families, they will be able to build a stronger Nepal.

Today, when we talk about encouraging girls in STEM degrees, we need to really understand the reasons why most girls have inherent biases towards or against certain professions. Especially in more traditional and conservative societies such as Nepal, and India.

One program that is very successful in Bibhuti's mind is their mentoring program - Didi (meaning older sister). For these girls to see other girls and women who are successful in fields that are traditionally not available to girls and women has made a huge impact, and I wonder if similar mentoring programs across the world, connecting successful women to young girls, might be effective in changing the gender gap. As for the direct results of Rukmini Foundation's mentoring, all of the 8 girls who took the national exams (School Leaving Certificate) in 2014 graduated in the top 20 in their school systems!

Sheryl Sandberg, Laurene Powell Jobs, Melinda Gates - maybe pairing young impressionable girls with successful women across the world might be an mentoring/education model worth looking into?

This blog was reprinted with permission from the author. The original blog is posted here.

The Child Labor Coalition (CLC) exists to serve as a national network for the exchange of information about child labor; provide a forum and a unified voice on protecting working minors and ending child labor exploitation; and develop informational and educational outreach to the public and private sectors to combat child labor abuses and promote progressive initiatives and legislation.
Learn More »