Lupita Nyong'o was a smashing success at this year's Academy Awards ceremony in Hollywood. Not only did she win an Oscar for best supporting actress in Twelve Years a Slave, but her words touched the hearts and souls of so many who listened to her. As she accepted her Oscar, Lupita said "When I look down at this golden statue, may it remind me and every little child that no matter where you're from your dreams are valid."

Her natural talent is breathtaking and undeniable. But Lupita likely would not have been afforded the opportunity to be in Twelve Years a Slave had she not been able to access high quality education, including the Yale Drama School. She is an excellent example of the wealth of opportunities and positions that can open to those who not only have access to education, but are also in classrooms with outstanding teachers who contribute to positive learning outcomes.

Unfortunately, not all children in developing countries like Lupita's native Kenya have the same chance for education that she did. 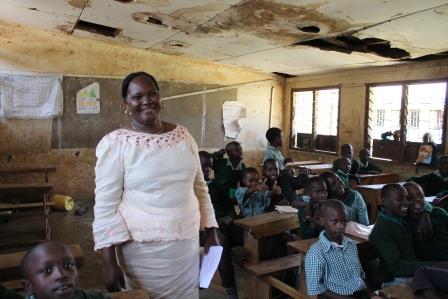 According to this recent report, at least 250 million primary school age children around the world are not able to read, write or count (including millions of girls and boys who have spent at least four years in school) well enough to meet minimum learning standards.

The same report points out that in over 100 low and middle income countries, nearly 200 million youth have not completed primary education, and 58 percent of these youth are female.

Just a couple of weeks ago, I was in Kenya visiting schools that were filled with young children who were so enthusiastic to learn and thrive that I could see the thirst for education sparkling in their eyes as they took me on a tour of their crowded classrooms.

At the first school I visited, each classroom had about 70 children per class, with far too few books for the number of students. The school principal explained that nearly 20 percent of the children were orphans who had lost their parents to HIV/AIDS, and the vast majority of the children with parents were from households where neither parent is literate.

Resources were lacking for teacher training and hiring additional teachers, and the principal explained that impoverished parents are so eager for their children to learn that they are saving up money so the school can hire two additional teachers.

This school was a total contrast to another I visited -- a school that was well funded, well equipped with highly trained teachers and a library stocked with books. The well-funded school was a darling of donors both domestic and international and had even hosted Dr. Jill Biden a few years before.

As I talked with the students at this second school, I was so happy for them and thrilled to see that their high quality education was 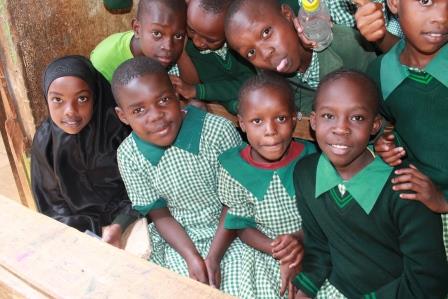 really paying off. One student who was anxious to try out her French on a visitor from outside Kenya even flagged me down so she could practice what she was learning. I also found myself wishing that there were a much more equitable distribution of quality education so that there weren't so many "have nots" and so few "haves" when it came to effective learning outcomes in developing countries.

When I asked the students at both the model and the impoverished school what they wanted to be when they grew up, children at both schools raised their hands with equal excitement and proudly said: a pilot, doctor, engineer, teacher, lawyer! I felt just as Lupita -- that all of their dreams are valid.

But for their dreams to be valid -- and achievable -- we have to find ways of making education more equitable, both in terms of access and learning outcomes.

The global community must have a laser focus on improving learning outcomes for all children if we're to create a brighter future for kids, and avoid millions of children being left in the dark, without the promise and hope provided by the valuable education that only well-trained and motivated teachers can provide.

To ensure that the poorest 10 percent of children who are currently not in school can access education and have positive learning outcomes, national and local governments will have to greatly increase their efforts to reach these marginalized children and to train their teachers. Right now, these children are being left behind. But time and again, we've seen that when governments decide to, they can indeed help children who have missed out on education due to extreme poverty, living in conflict affected areas, gender, ethnic minority, or disability.

Countries are increasingly realizing that in order to increase growth and to sustain development, a quality education for all citizens -- without regard gender, disability, HIV/AIDS status, socio-economic status, ethnic or religious background -- is not only desirable, but critical.

Lupita Nyong'o is proof that girls from Kenya and elsewhere can achieve their dreams, if given the chance.

Laura Henderson is the Director of Education Policy at Women Thrive Worldwide.

Girls Learn International’s mission is to give U.S. students a voice in the movement for universal girls’ education.
Learn More »