I am the daughter of immigrant parents. I appreciate everything my parents do because they have worked hard to get my family to where we are. My mother is one of ten kids. She had to fend for herself most of the time because my grandparents could not provide for everyone. When my mother decided to come to the United States, she had aspirations of finding a job and being able to provide for herself. Her journey to the US was not the easiest. She was guided by a person referred to as a coyote. Coyotes illegally cross people over the border through different routes. The coyote that brought my mother had made them walk through the desert. They had to travel at night to avoid the blazing heat and being seen by helicopters. After crossing the desert they traveled through a tunnel that lead to the sewer system of San Ysidro, CA. The tunnel was difficult to navigate through because the guide could only use a lighter to illuminate their path. After going through the sewer systems they were herded into a small car. The car was meant to fit 5 people, but the coyote had managed to fit 12 people and an additional 3 in the trunk. The car ride was unbearable because they were squeezed together in a small hot car full of people who had not showered in days. Those who survived the car ride were dropped off at a house that served as a hub for immigrants. My mother arrived with the clothes on her back and nothing else. My mother stayed in California for a few days before being escorted to Chicago because her brother had been living there for a few years. He had saved enough money to bring her to the United States. Together they worked and saved money in order to bring the rest of their family.

To this day, all of her siblings still live here in Chicago. My mom is a mother of three: my brother, my sister, and myself. I am the oldest. My brother is 12 and my sister is 7. My brother was born with cerebral palsy, so my mother has to take care of him. She has to take him to therapy, help him get dressed, and pick him up from school. I try to be as helpful as I can because my dad is out working most of the day so most responsibilities rest on her shoulders. When she needs to go out and pay bills, I babysit. When my brother has early dismissals for therapy appointments, I pick up my sister. If my mom needsto cancel an appointment, I do it for her because she doesn’t speak English. If she needs something translated I do my best to help her understand. I do my best to make things easier for my mom. I am not always around to help her because I come home from school late. It doesn’t bother my parents because they encourage me to focus my time on education. They want me to be academically successful because they weren’t able to go to school. I want to make them proud. At school, I’ve taken the most rigorous classes available because of my parents encouragement. I want to get a good education so that in the end I can give back to them. 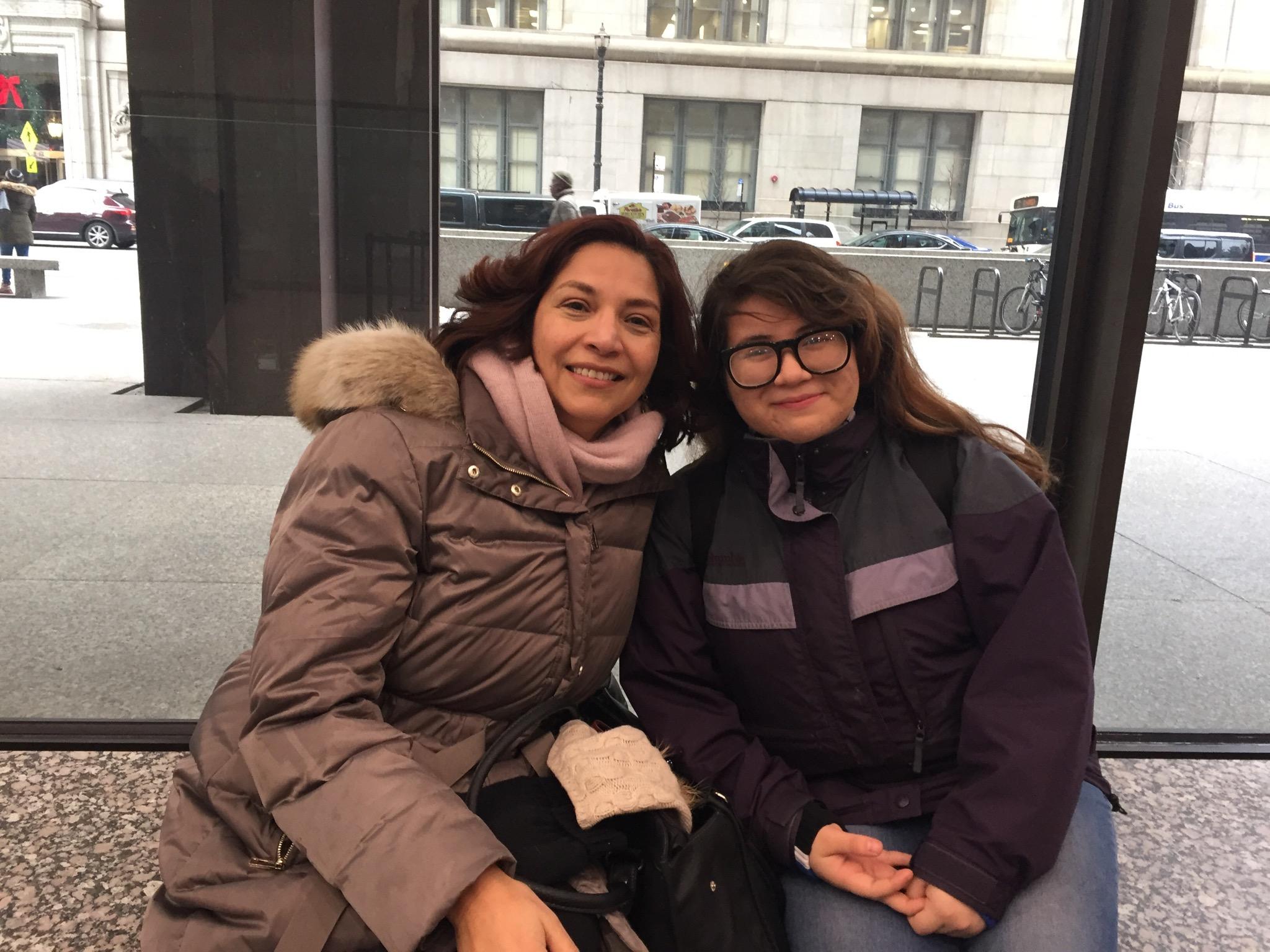 (Photo of Viviana and her MENTEE mentor)

MENTEE is a Chicago nonprofit organization that provides immigrant and refugee high school students with one-on-one mentorship, cross-sector job shadows, professional training, and a variety of supports to our help students realize their dreams.

Save the Children is the world's top independent charity for children in need. It saves children's lives and helps them reach their full potential.
Learn More »