Ever since I was a little girl and I first came to the United States, I saw firsthand how valuable and important education is.

My name is Sunny. I was born in Pohang, South Korea and I moved to the United States as a child. We came to the States  because my father was studying for his PhD degree at the University of Washington. As a young girl, I watched my father wake up very early in the morning to study and go to class and I watched him go to sleep very late at night because of his studies. He did this tiring process every day for years and when I went to his graduation ceremony, I saw the look on my father’s face and it was priceless. That is how I knew education could be everything to one person.

Not only this, but my parents were the sheer driving force behind my motivation to receive a great education. Korean culture is naturally heavily influenced by the pressures to get into a prestigious university and the grades that you receive. My parents drilled this same motivation to me and to my brother. As immigrants, we did not have a lot of money, we lived in a very small apartment, my brother and I shared clothes, and I was a witness to how frugally and carefully my parents spent their finances. However, when it came to textbooks or music lessons or tutors, my parents did not hesitate to spend their money. Why? Because to them, it was a notable investment. They believed that education was that crucial because even though we did not have a lot of money, my parents believed that it was worth it. And so do I.

One night, I was studying for a math test for the next day and I asked my dad to help me. This test only covered a certain topic and I asked my dad to help with just that topic because that is all we were going to be tested on. My father then went back to the basics and wanted to go over the foundations of this topic. I told my father that this is a waste of time and that I have other tests to study for and that I just needed help on this one concept. My father looked at me very seriously and said, “don’t you dare study something just for the sake of a grade or a test. Study something because you can learn about it. Don’t study something so you can regurgitate it on a test and then forget about it the next day. Your knowledge is power and the way to study something is to learn about it. Where does it come from? Why is it important? This is how and why you study.” Those words changed my life and the way that I viewed education forever.

He was right. Far too often, students around the United States and some parts of the world take education for granted. They rapidly study something so they could do well in school but do not really take the time to appreciate and truly learn about what it is. I was watching a documentary about a South Korean woman who is 92 years old. She was taken when she was 14 during the Japanese Invasion to be sold as a sex slave. She did this for 8 years until she was allowed to go back to her country. During the interview, she was asked if she had any regrets. Loosely translated, she said that she wishes she could’ve had the opportunity to study. She told the interviewer that at 14, she should have gone to school. She said that if she ever receives compensation money from the Japanese government, she will sponsor students, who can’t afford it, to go to school. What an inspiring account and it certainly made me realize never to take education for granted. 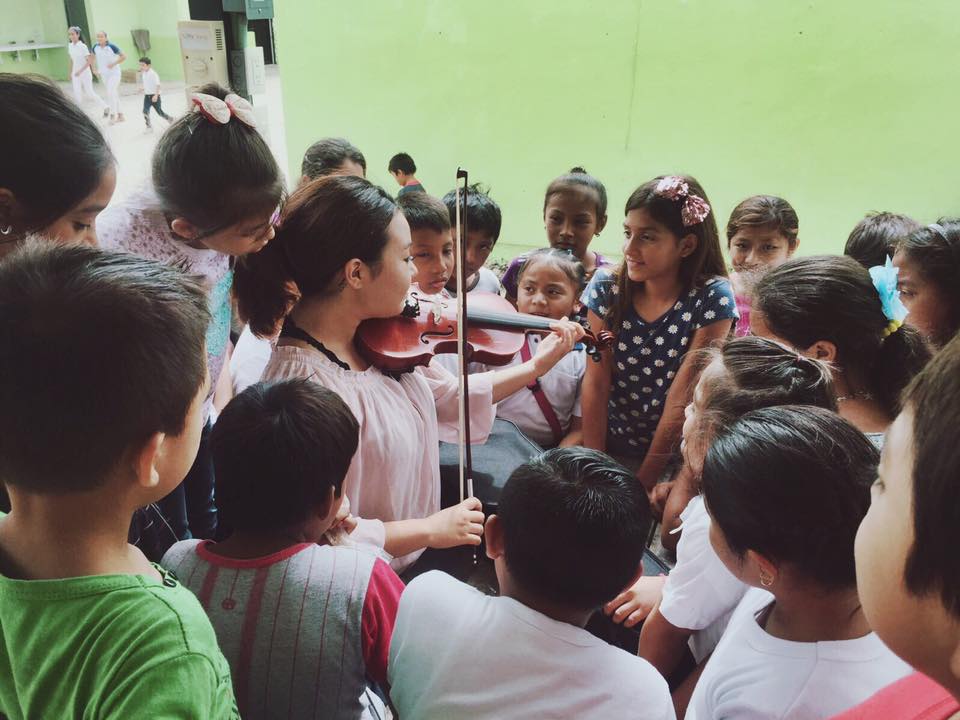 This is why I started a nonprofit organization called The Paax in Yucatan, Mexico. When I was living there, I saw a need and a hunger for musical education. There has been stigma and budget cuts in the United States about why musical education is not the most important thing, but to me, it is the true glue that holds education together. To learn an instrument, you must be very diligent and hardworking. It is crucial to practice everyday and to develop a strict work ethic. When receiving these traits when I learned the violin, I noticed that this translated into my other studies. Determination, diligence, and a strong work ethic is needed to formulate a great student, hungry for education. That is why I collected donated instruments in 2016 and started teaching children ever since because I saw potential in that community. The students that I teach have never listened to a live violin. When I first played the violin for them, they cried and wanted me to play for hours. It was truly moving. Even though I give my students a break during class, they will constantly practice and they will be very excited to show me something that they have mastered. 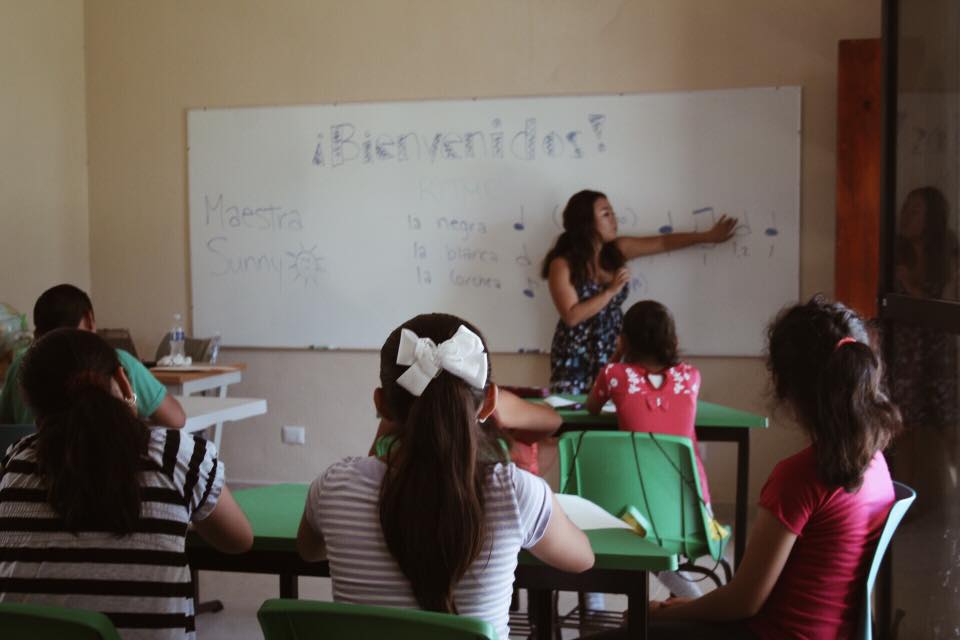 I believe that every child deserves a chance to be educated. There are so many children who cannot have that right and I can’t think of a more devastating situation. If I could have it my way, every single person, regardless of age, would receive top notch education. Someday, I believe that will happen.

This is why it is up to us to make that a reality. First, start with yourself. Are you taking education for granted? Sometimes, I admit, I complain about my workload or how difficult my classes are. At that moment, I stop to think about my students in Mexico, the older generation of Korean women who were denied that right when they were taken or the young girls in Malda who are forced into child marriages so they cannot go to school. I should never take education for granted. Second, take a good look at your own community or the world. Watch a documentary about what is going on in the world and education rights. You could volunteer to be a tutor or donate to a noteworthy cause. You could even start your own non profit organization! The possibilities are endless. And the possibility of the future is endless if we work together.

The Paax is a nonprofit organization that offers free instruments and classes on music theory, performance, and violin studies to the children and youth of Yucatan, Mexico. Learn more here.

Childhood Education International, a nonprofit membership association, is a global community of educators and advocates who disseminate information about and advocate for desirable conditions, programs, and practices affecting children, infancy through early adolescence.
Learn More »