Next Up, Math Classes!

Next up, math classes! The women of the two villages of Djangoula, in rural southwestern Mali, made the same request. Separately. Perhaps they had discussed the issue together. Perhaps their conclusions were reached independently.

They’d like to learn basic arithmetic, and sharpen their skill at accounting.

Over the past three years, the women of these two villages have steadily increased their earnings from the sale of shea butter in the weekly market that is about 7 kilometers away. Their rising incomes are largely thanks to the arrival of two grinding machines — heavy diesel-powered (24 hp) grinders that relieve the women of the back-breaking and time-consuming work that used to be required to pound shea nuts into butter. When all the work is human-powered, processing shea nuts into shea butter takes at least three days. 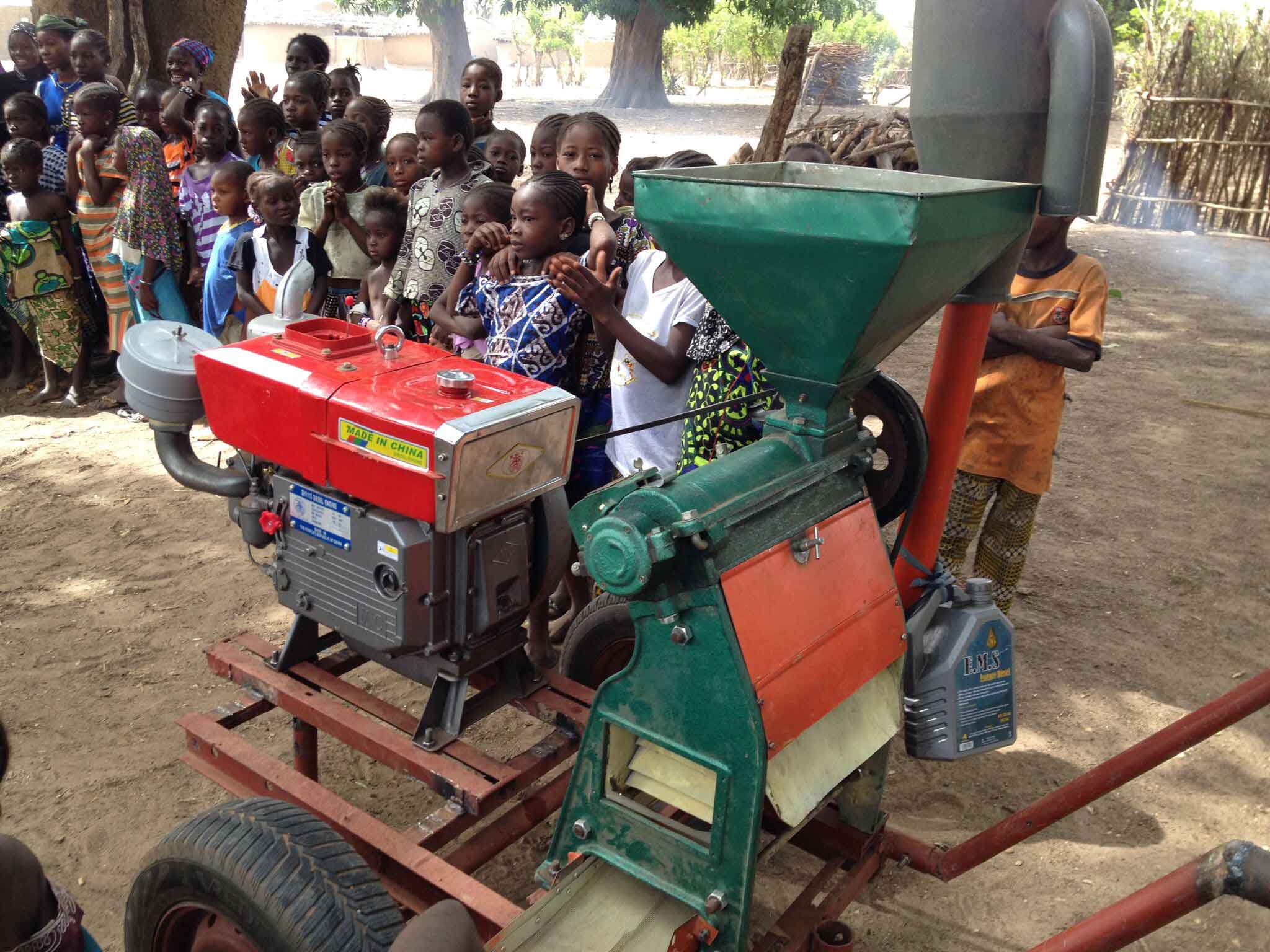 With a grinding machine, it’s the flip of a switch.

In May 2012, Mali Nyeta’s micro-finance program extended the first loan with for a grinding machine to the women of Djangoula Kita. They’ve paid off the full $2000 of that loan.

The name of the organization — Mali Nyeta — means “progress in Mali.”

For the program’s second loan, the women of Djangoula Foulala were so eager for a similar grinding machine that they had saved a down-payment of $800 (40% of the loan value!). The savings were remarkable in a subsistence economy, close to non-monetized. Mali Nyeta delivered this second grinding machine to the women of Djangoula Foulala in July 2014.

Now, the women are worried that they are not getting a fair price for their hard-earned gains in productivity. They’re afraid that the more savvy entrepreneurs of the nearby market town of Founiya are taking undue advantage of the Djangoula women’s innumeracy.

The women’s interest in learning math is an unanticipated benefit of the micro-finance program which was already helping to support the school for the children of these two villages.

Across the African continent, it is not unusual for the government-run schools to charge a nominal tuition. In the villages of Djangoula, the parents pay the equivalent of $10 a year for their children to attend school. Even that sum has rendered education unaffordable for a handful of families and the orphans there. But the women’s associations that manage the grinding machines and the associated loans, have been adding to their earnings to help pay tuitions.

The women report that they also using their increased shea butter proceeds to buy clothing and shoes for their children.

In early June, Mali Nyeta extended its third micro-finance loan to the women’s association in the neighboring village of Kodofora. Here, the women’s organization had saved almost one-third the cost of the grinding machine as a down-payment. They had had some misgivings about making the down-payment before the machine was delivered. The delivery affirmed their trust in Mali Nyeta.

The arrival was cause for huge celebration. The entire village turned out for the fireworks of a communal dance, with singing, clapping and orchestral accompaniment. After a few hiccups, the motor was running.

And in the dance circle, the youngest girls of the village did some exuberantly rhythmic squats-and-splits.

Squats and Splits a Celebration in Kodofora from Jinny St. Goar on Vimeo.

University of Maryland, College of Education

The College of Education at the University of Maryland provides research- and practice-oriented programs through its three departments: Teaching, Learning, Policy and Leadership; Counseling, Higher Education and Special Education; and Human Development and Quantitative Methodology.
Learn More »