Victor, a boy who attends St. Andrew's Primary school in Kampala Uganda, sees school as his happy place. He cannot wait to leave his lonely house where there is not much food, and he is often left to fend for himself. However, one morning the headmaster comes to tell Victor that he must go home because he has failed to pay the previous month's school fees of $25, a large amount for his low-income family. Victor was denied his right to education.

Alice Masekoph, a 13-year old girl attending school in Malawi has continued to learn despite feeling threatened. Although the bathrooms at her schools are said to be separated by gender, many girls at her schools are still frightened of being sexually assaulted in the latrines. There are no doors; therefore the boys can see them. Alice feared for her right to education.

Michou, a ten year old girl from Port Au-Prince, Haiti was deeply affected by the earthquake in 2010. Before the earthquake 50 percent of children attended school, yet the earthquake changed everything leaving 2.5 million children out of school. Michou and her brother were a part of that 2.5 million. She was unable to continue attending school because her family lost everything in the earthquake, including their sources of income. Michou was denied her right to education.

Reena Kumari, a 14 year-old girl living in Karnataka, India where 50 percent of girls marry before the age of 18, realized that her wedding day came not only with a new husband, but with the loss of her access to education and her dream of becoming a teacher. She decided to take a stand against this violation of her human rights and became an activist for education through the global human rights organization, Breakthrough.

Malala Yousafzai lost her right to education under Taliban rule simply because she was a girl. In response, she wrote a blog post for BBC under a pseudonym, describing life under Taliban rule. In 2012 the Taliban tried to assassinate Malala, yet they were unsuccessful and she is now a strong advocate for education rights worldwide stating, "I am one of those children who have seen terrorism, poverty, injustice and inequality...Girls stopped from going to schools and women were banned to go to market. We raised our voice for the education of every child."

This blog was posted as a part of Blog Action Day 2013. 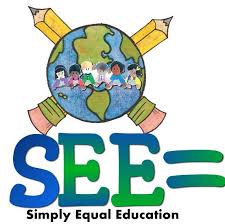