The venue for the film's premiere was a tent erected over the hard-packed earth of the school playground. Instead of a red carpet, there was a dusty green tarpaulin, and the white plastic chairs were a little unsteady. Two classrooms had temporary screens set up, with the rough-hewn wooden desks piled up outside, under a tree.

Never can an audience have been so riveted. For the children of the village of Kisames, in the Ngong Hills, an hour's drive south of Nairobi, the capital, this was the first sight of a screen. "Who has seen a movie before?" asked Justin Chadwick, the director, of the 200 or so youngsters. Not one hand went up. Though they were newcomers to cinema, the children from the Oloserian primary school had already taken a starring role in front of the camera – in the film that Chadwick had returned, a year after shooting, to screen. The First Grader, a remarkable new British film that has its UK premiere next week, is based on the true story of an unlikely African hero.

Kimani N'gan'ga Maruge was a Mau Mau fighter in the war of independence against the British. When the Kenyan government announced free primary education for all in 2002, he went to his local school in Eldoret and demanded to be taught to read. He was 84.

Against fierce opposition from officials and parents, who did not want a precious educational place to be given to an old man, Maruge was accepted into the school to learn alongside the six-year-olds.

The headteacher who admitted him to class, Jane Obinchu, is played in the film by the British actor Naomie Harris. "It's not going to be the most critical audience, but it's one I really care about," said Chadwick, as a child-friendly cut of the film began in front of the assembled children, village elders and a handful of parents and teachers.

Recalling the days of filming, he added: "The kids were wonderful. We introduced the cameras really slowly, and because they hadn't seen films or TV, they were more interested in their lessons than in cameras. So we kept the scenes structured round lesson plans, and when I would shout 'Cut', the kids would be asking 'Teacher Justin' to mark their books. We promised we would come back and show them the movie," said Chadwick, "and it's wonderful to keep that promise. I hope they are really proud of what they did."

The importance of Maruge and this film goes beyond the children, who squeal and point as they spot each other on the screen, and beyond the electricity, running water and new classroom that the production company was able to bring into this dirtyard school. It taps into a key issue with which Kenya is battling: education. Last week it was revealed that some £31m intended for primary schools had disappeared from the ministry of education's coffers. There remain huge problems in establishing schools in rural areas and in persuading poor parents that they should put their children's education ahead of their employment. In his determination to learn, Maruge drew attention to this. A freedom fighter who had been imprisoned and tortured by the British, he believed that education for all was one of the things that he had fought for.

Maruge's story became known through local and then international newspaper stories and he was invited to address the UN in 2005, where he spoke of the importance of education in Africa. He kept at his studies even as he was burned out of his home during the election violence in 2008 and then diagnosed with stomach cancer. Maruge died in a Nairobi nursing home in 2009.

"When people hear the story, they are inspired. Maruge has brought many, many people into schools in Kenya," said Oliver Litondo, the Kenyan TV journalist-turned-actor who plays Maruge. "Every day he is inspiring Kenyans who had given up to seek what they want, age notwithstanding. Maruge has rekindled ambition in people who did not think they still had it."

Thoma Litei, who missed out on school as a child but enrolled at Oloserian at 19, is one of those people: "I heard they were going to make a film and then I heard about this man, the grandfather Maruge, so I knew it was not too late. I wanted to read, and to know more language, so I came to learn. That is why it is important for his story to be known."

Thoma's decision upset his family, who wanted him to be married. Pauline Sipilon, 14, who has been ostracised by her family after she abandoned her goat-herding duties and came to school, suffers a similar problem. "I cannot go back to that place where I lived, but now I hope I can be a teacher," she said.

Mary Mbirua, Oloserian's headteacher, says that it can be difficult to persuade parents of the value of schooling. When she first opened the school, Mbirua had to go from hut to hut asking for pupils, some of whose families were reluctant to part with their offspring. One girl, Agnes Simaloi, who is now eight, has a deformed left leg and had been hidden away inside the family hut. "Her parents said they could not take her to the school. So I went and collected her. I carried her on my back each day," said Mbirua.

Agnes can now walk to school on a prosthetic leg. The co-producer of The First Grader, Trevor Ingman, stayed on after filming had finished to help her parents with medical visits, and to make sure that everyone involved in shooting was properly looked after. The misconception of Hollywood dollars flowing into town is a tricky expectation to manage for small-budget film companies. While Mbirua is delighted that her pupils have had this chance, she worries that it could give the wrong impression. As the film crew pack up after the screening at the school, the children set off home – some of them on a walk of 10km to their huts in the surrounding hills.

"The only bad thing has been that some people now think because the school has been in a movie that we are all now rich," she said. "That is, sadly, not the case, so a lot of the children who were sponsored have lost their sponsorship. But we will not be chasing any pupils out," she adds, "we will just try to do what we can."

The First Grader has already been well received, coming second in the People's Choice category at last year's Toronto International Film Festival. It is the inaugural feature-length production of Origin Pictures, set up by David Thompson, a former head of BBC Films.

With its themes of triumph over adversity, of the force and importance of education, and of how the value of people doesn't diminish in old age, The First Grader also touches on an airbrushed part of history – the cruelty of the British detention camps of the 1950s, where Maruge was held.

"When I read the script I didn't stop," said Litondo. "I read all I could read about the Mau Mau and started to get a feel about what it meant to be people who didn't have anything fighting to get a piece of land. For me, as a Kenyan, Maruge captured the scenario, the quest for ownership of land by the landless. Maruge yearned for an education. He thought: 'I have suffered to bring freedom', and the education was the gold he wanted to get for his family. So he wanted to go [to school] for them, for all those who had died fighting for freedom.

"The British didn't recognise that these people genuinely wanted freedom. There has been a whitewashing of history. Now a British film helps to change that picture for both peoples, for generations who don't understand." 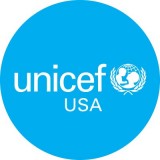