What’s in a name? Rebranding the EFA Fast Track Initiative

What's in a name? Rebranding the EFA Fast Track Initiative

By Pauline Rose, director of the Education for All Global Monitoring Report

While world leaders were gathering at the United Nations General Assembly in New York last week, an event on the sidelines signalled a change that could benefit millions of children still out of school.

At an unveiling at the UN on September 21, the Education for All Fast Track Initiative (FTI) officially became the Global Partnership for Education. The change of name accompanies a series of reforms, designed to help the partnership leave behind the problems that have prevented it from fulfilling its intended role.

The FTI was established in 2002 as a multilateral framework for strengthening national education plans, improving aid effectiveness, coordinating donor support and galvanizing the financing required to achieve the Education for All goals. In practice, however, as we found in the 2010 Global Monitoring Report, "implementation of FTI planning and financing processes has undermined donor coordination, raised transaction costs and weakened aid effectiveness in some countries."

The rebranding is an important step forward in recognition of reforms proposed by the FTI mid-term evaluation in 2010, together with recommendations made in the 2010 and 2011 EFA Global Monitoring Reports. Announcing the change, Bob Prouty, head of the partnership's secretariat, noted that "we have outgrown our original name and are changing it to better reflect who we are, what we do, and how we do it."

As we found in the 2011 EFA Global Monitoring Report, reforms of the partnership's governance architecture have given developing countries a greater voice in decisions, including in how funds are allocated. There is also evidence that disbursements have begun to move more rapidly. The partnership has moved from only supporting countries that show evidence of achieving a "gold standard" in education planning, to trying to identify ways to ensure "fragile states," including countries affected by conflict, can benefit from support.

If the reforms are successful, the newly rebranded Global Partnership could play a crucial role in bridging the transition between humanitarian and development aid in countries recovering from conflict, such as South Sudan, which could miss the window of opportunity of lasting peace unless sufficient funds are available for the reconstruction of their education systems.

Ultimately, though, the success of the Global Partnership for Education will depend on its ability to mobilize sufficient funds to fill financing gaps. This requires the partnership to move beyond debates that plagued the FTI about whether its objectives were more to do with dialogue or with resources. It needs to help education partners not only to work together to strengthening planning but also to mobilize additional funds to support country strategies needed to achieve Education for All goals.

The financing focus is even more crucial in the light of growing evidence that aid to education from bilateral donors is stagnating. The 2011 EFA Global Monitoring Report notedthat 2008 was the first year in five years that aid to basic education did not increase. Countries in sub-Saharan Africa - the region that is most off track for achieving the EFA goals - were most severely hit, with a 6% decline in per capita funding for basic education.

Building on concerns raised in the 2011 EFA Global Monitoring Report that future aid commitments to education by some donors appeared to be further at risk, evidence presented by a joint paper by Brookings and the Global Partnership for Education reinforces these fears. Current proposals for the Global Partnership for Education replenishment are modest, however - just US$2.5 billion over the next three years.

Are there possibilities for a bolder replenishment, including through mobilizing alternative funding sources? Gordon Brown, an advocate for Education for All, thinks so. In his recent paper for the Global Campaign for Education, he proposes transforming the FTI into a Global Fund for Education with significantly increased financing. Gordon Brown's proposed increased funding for the FTI of US$3 billion-US$4 billion annually would come from reallocating existing aid commitments as well as drawing on private and philanthropic support.

Experience from the health sector suggests that funding on this scale, with alternatives to bilateral aid playing a far bigger role, should be possible. Pledges of almost US$12 billion were made as part of the 2011-2013 replenishment of the Global Fund to Fight Aids, Malaria and Tuberculosis. And pledges of US$300 million by the Bill and Melinda Gates Foundation over three years are higher than the total spent in 2010 by the Fast Track Initiative's catalytic fund.

The rebranding of the Global Partnership for Education is an important step towards the international commitment made in 2000 that "no countries seriously committed to education for all will be thwarted in their achievement of this goal by a lack of resources." Global partners now need to ensure the funds are available to fulfill this commitment. 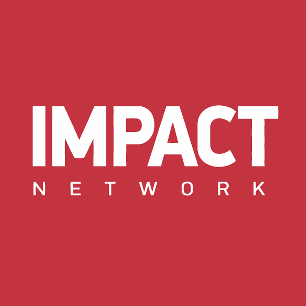