A week in Ethiopia was so much more than I imagined 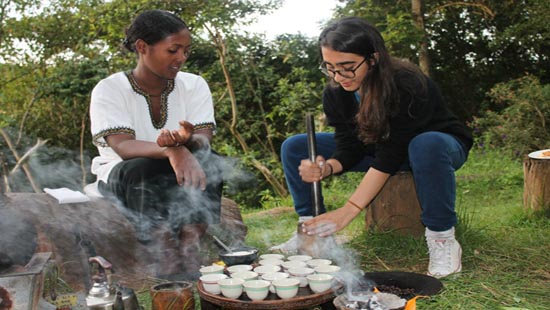 I am an active global citizen. This may seem like an unusual statement coming from a seventeen-year-old, but I can explain. Concern staff working with Global Concerns Classroom (GCC) have been a constant presence throughout my time so far in high school. I have spent the last 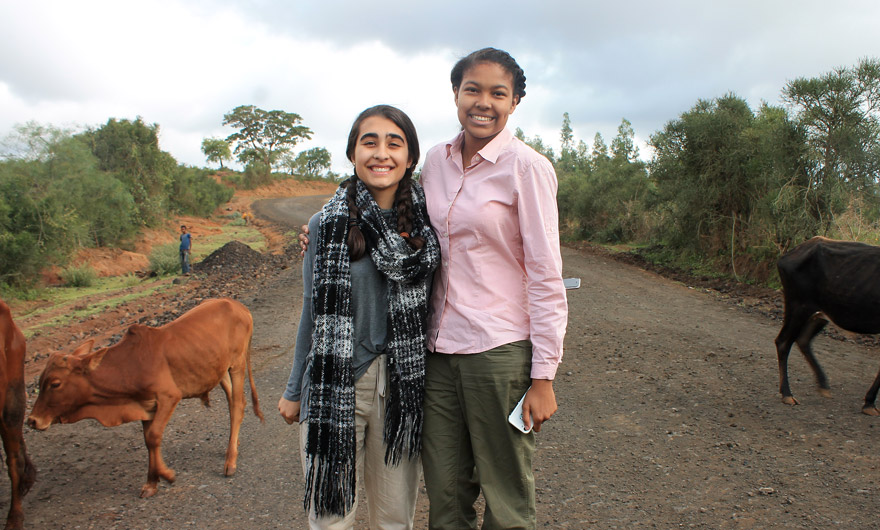 three years closely intertwined with the GCC club at my school, learning for the first time what acronyms like NGO, MDG, MUAC, HDI, and GHI stand for. Our clubroom has hosted many educational conversations on a spectrum of topics such as the differences between emergency aid and sustainable aid, and situations in which both are used.

Having those three years of experience gave me the confidence and desire to apply for the 2015 field visit. My main goal was to gain hands-on experience beyond the definitions I knew on paper. My perceptions of developing countries and Concern’s work in them had been formed solely through videos on computer screens, and the field visit was an opportunity to shift my perspective. I felt that being able to participate in a field visit would further not only my own education, but also that of my peers, by giving me something tangible and relatable to bring back to our club.

During the trip, I realized that despite feeling well educated and prepared, my expectations and perceptions were in fact problematic. Mainstream media had conditioned me to believe that everyone I encountered in a developing nation would be suffering and in need of aid, which was far from the truth. Ethiopia is a country that is extremely green and vibrant, and very different from my own and others’ stereotypical view of an African landscape. The reality was far from what I had been expecting, and those original expectations were countered by our experience. So many moments on the trip provoked changes in my thinking patterns and made me more conscious of 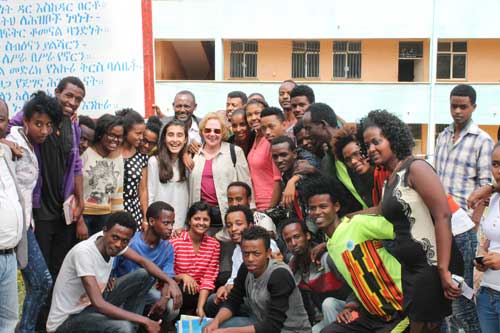 my own problematic behavior, which I had not thought existed. I did not expect to be as changed by the trip as I was.

Returning home has forced me into situations where I have had to answer questions that previously wouldn’t have vexed me. People ask me about the trip by just referring to Africa as if it is one giant country, and to the individuals I encountered as suffering and starving, without realizing that what they are saying is not only insensitive, but also wrong. I now find myself taking on a sort of responsibility to teach those close to me that not everyone who lives on a certain continent or doesn’t have your lifestyle needs your help or wants your life.

This awareness and openness to a new found responsibility makes me the young global citizen I am today. This field visit has shown me that learning from a young age about the world beyond your life, and gaining valuable perspective, is vital in helping to create a more aware, caring, and involved younger generation.

Havana Caso-Dosembet is a senior at Trevor Day School in New York City. She’s been an active member of the GCC club at her school for three years. Focusing in on global health this past year, Havana joined a cohort of 500 students in three cities who are on their way to active citizenship through the GCC program. She was among two students chosen to participate in the field visit opportunity to Ethiopia last summer.

2. Havana (left) and Hannah interact with the local wildlife in southern Ethiopia, near Wailata town.

3. Havana with students of the HIV and AIDS club at Sodo High School