Global Education as a vaccine against HIV/AIDS 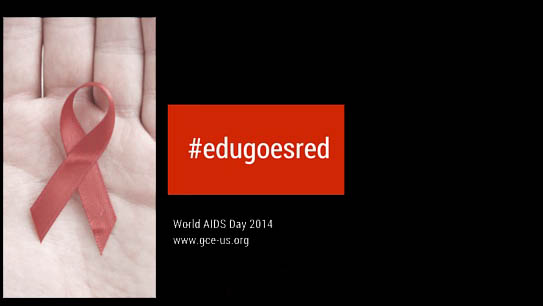 Today on World AIDS Day, as we mark how close we are to eradicating the world of HIV/AIDS, it is important that we understand the big role global education plays in the fight against HIV/AIDS. There is a direct correlation between having access to a primary school education and decreased likelihood of contracting HIV/AIDS. The Global Campaign for Education has estimated that nearly 7 million cases of HIV/AIDS could be prevented over a decade if all children had a primary school education. When children are educated, they are more likely to have the knowledge to take care of themselves and their families. They will spend most of their time in school hence reducing the likelihood of them contracting HIV.  In any part of the world, school children are the least likely to contract HIV/AIDS. Education is the most sustainable and effective way to prevent HIV/AIDS. Development programs should spend more money on educational programs, as this is the cheapest way to reduce the epidemic and bring us closer to an AIDS free generation. If we want a generation with significantly reduced HIV/AIDS cases, we must first tackle the socioeconomic factors that make people more likely to contract HIV/AIDS- the most important factor being a lack of access to a good primary school education.

Access to a good primary education does not only reduce the likelihood of contracting HIV but it can also curb the stigma associated with living with HIV/AIDs.  In most rural areas, a lot of people do not have basic knowledge about HIV so there is a certain stigma attached to children who have parents and relatives affected by the virus. The children are seen as contagious--which is a dangerous assumption!  The lack of education in those communities makes it easier for people to have falsified notions on how they can contract HIV/AIDS. When children are not properly aware of the causes of HIV/AIDs, they are more likely to contract the disease.  Children who come from families afflicted with HIV/AIDS are more likely to drop out of school due to ostracization from their classmates. But when a child has access to a good education, he/she is more likely to be privy to the causes of HIV and thus prevent the infection.  The child is also more likely to inform his/her community about ways to avoid the virus. If development programs can invest in global education- a very cost effective method- the world might be much more closer to ending the HIV/AIDs epidemic.

At- risk communities are more likely to have fewer schools as teachers might be living with HIV/AIDS and parents in at- risk communities might be weary of sending their children to school out of the fear that their children may contract HIV. More so, let us not forget the number of children that have been orphaned by HIV/AIDS, they might not get a chance to have a good education due to the lack of caregivers. If more money is invested in sustained education programs for children with family members who have HIV/AIDS, we will see a decrease in the epidemic. More children will be in school, and they will be less likely to contract HIV.

Most importantly, the education of the girl child is a key factor in reducing the cases of HIV/AIDS. When girls stay in school, they are less likely to be married off early and be engaged in sexual activities. They are more likely to say no! They are more likely to make sound educated decisions concerning their future sexual partners.  It is estimated that “in 17 countries in Africa and four in Latin America, better-educated girls delay having sex and were more likely to insist that their partner use a condom." Girls tend to be more vulnerable to HIV aids as they find it harder to reject sexual advances from older adults and women and girls are biologically more likely to contract HIV/AIDS. In sub-Saharan Africa “the percentage of young women aged 15-24 living with HIV [is] twice that of young men." Girls are usually pulled out of school to care for family members with AIDS, making them more susceptible to the virus. To tackle this problem, more boarding schools with adequate support systems can be created. When girls remain in school they are less likely to contract the virus.

As we think about the advances we have made toward fighting and preventing HIV/AIDS, let us think about how much more HIV/AIDS cases we can prevent if we prioritize global access to a good education!