Washington, D.C.---Friday,  Global Campaign for Education-US Chapter and more than 30 of its coalition members have called on President Barack Obama to #pledge4kids at the June Global Partnership for Education Pledging Conference for the 2015-2018 period. In the letter, also sent to Secretary of State John Kerry and USAID Administrator Dr. Rajiv Shah, the signatories ask for the U.S. government to make a 2 year $250 million pledge to help support the work that the Global Partnership for Education is doing to ensure quality education for all children around the world.

“Education makes the difference,” said GCE-US Executive Director, Dr. Edwin Gragert. “With 57 million children out of school, 250 million children in school but not learning and aid to education declining, we believe that the U.S. government must play a leadership role in ensuring all children receive a quality education—in partnership with countries around the world--by contributing to the Global Partnership.”

The letter makes this case:

“A two year, $250 million pledge from the U.S. government will help the Global Partnership for Education achieve its goals for children, move the U.S. level of support closer to that of other donors like the United Kingdom and Australia, and fulfill calls from not only civil society but also members of Congress, who have continually supported an annual contribution of $125 million to the Global Partnership. A robust U.S. pledge would also leverage critical bilateral efforts on education, allowing U.S. dollars to reach countries which are falling behind but where U.S. missions are not positioned to lead on education, and to reach sectors that are beyond the focus of the current USAID Education Strategy but are nonetheless necessary for a successful education system.”

The Glob​al Partnership for Education is a multilateral organization working to support countries’ efforts to educate children from early primary to secondary school.​ 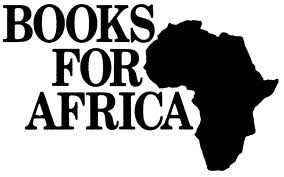